The Camel : The Animal Of The 21st Century

The Camel : The Animal Of The 21st Century

In 1988 H.H. Sheikh Khalifa bin Zayed al Nahyan commissioned the creation of a purpose built research centre to foster and increase our knowledge of the incredible animal that is the camel.  The Scientific Centre for Racing Camels would facilitate His Highness’s deep respect and love of the camel and the central role it has always held with his people.  In the early days we saw a number of world firsts including the first racing camels born from embryo transfer, first frozen embryo babies, the establishment of a purpose built facility for reproduction at Hilli and a specialised exercise physiology unit with camels being trained on treadmills.

In the mid nineties His Highness appointed the Chairman of the Camel Racing Federation and Head of Protocol, H.H. Sheikh Sultan bin Hamdan al Nahyan to take over the guidance of the centre and lead it to be the dominant force in camel racing and research in the region.  This saw further world firsts; with the first twin split surrogate calves being born and then the world’s first pre-sexed embryo transfer offspring. A specialised centre for falcon breeding and research (ProFalcon) was also created and soon after a new purpose built feed mill to maintain the high standard of health needed to race and breed champion camels.

The new millennium saw further successes with the camel racing under Sheikh Sultan’s guidance, culminating more recently with the establishment of “The Management of Scientific Centres and Presidential Camels” in the Department of Presidents Affairs to oversee all camel and falcon research and breeding.  Under Sheikh Sultan’s guidance from H.H. The Presidents Sheikh Khalifa’s directives we now find a series of world class facilities including 17 new laboratories (DNA, Analytical Chemistry, Haematology, Feed Analysis, ICP-MS amongst others), indoor training facilities for both camels and falcons, a surgical diagnostic facility for camels and upgraded breeding and feed mill units.

With H.H. Sheikh Mansour Bin Zayed Al Nahyan appointed Minister of Presidential Affairs, the centres now aim to be leading beacons of excellence for both research, racing and breeding of both camels and falcons and with hands on guidance of H.H. Sheikh Sultan and the wisdom of his Highness the President Sheikh Khalifa bin Zayed Al Nahyan, these goals will continue to be achieved.  The research and interest generated in the animals goes a long way to repay a debt of service to these noble creatures that goes back thousands of years to the people of the United Arab Emirates and the whole Arabian Peninsula.

This book is an acknowledgement to the support and inspiration that His Highness Sheikh Khalifa Bin Zayed Al Nahyan has provided to the centre and to research in general.  The last 25 years has been an incredible adventure for us, the noble camel and the people of the U.A.E.

Besides the noble camel, which continues to challenge us all with more questions than answers I would like to acknowledge the role of numerous individuals who have inspired and helped me along the way in my journey with camels.

Mr Paddy McHugh, who pushed me in the early days to spend more of my time working with camels and whose outback adventures and fanatical love of the animal has been central to the industry in Australia.

Mr Heath Harris who relentlessly pursued me to take the job in the U.A.E. and as our inaugural director inspired us to achieve at break neck speed, with an ethos approaching, if we can think it, we can do it!

Dr Angus McKinnon, the most practical inspirational academic I know, whose support and knowledge made all our early world firsts possible and continued consultancy and visits push us to new facets of reproductive specialty and surgical excellence.

Dr Douglas Cluer and Geoff Manefield who along with Heath and myself made up the original veterinary team and were both instrumental in getting the research centres built and off to a flying start.

Bengawi Abdul Gwadir, who has been with me since the early days and has been our link man and guide throughout, troubleshooting and translating us to success when often we looked like hitting brick walls.

A special thanks to H.E. Mr Mansour bin Saad Al Ahbabi whose appointment as General Director in the later years has propelled us to a new level of excellence and achievement.  He has become a great friend as well as team leader.

And to my long term colleagues and team members especially Dr Kuhad Singh, Dr Rajesh Sambyal, Dr Abdul Rahman and Dr Jawad Al Masri whose support and council over the last two decades has been central to ensuing that his Highness’s camels not only continue to be the major force in the camel racing world but also push to be a major contributor to scientific knowledge about this incredible animal, or as I call it the Animal of the 21st Century.

The acknowledgements could not be complete without a few of our “unsung heroes” who have hidden in the background but whose contributions over the length of our journey have been no less important.  To Madame Huda Daniel and Madame Nadia Kdouh, whose toil and tolerance has not gone unnoticed and to Mr Mohammed Hussain at Hilli who has ensured that we always had a successful time, while having a good time with no request too difficult.  I thank you all for making my job so much easier.

Finally to my family who put up with my obsession with camels and gave me the time to follow these interests wherever they took me.

Dr Alex Tinson started his interest with animals at an early age, hoping to become a Zoo veterinarian inspired in particular by his interest in herpetology.  Graduating in 1977 from Melbourne University Veterinary School, he spent the first 18 months of practice working at the Bacchus Marsh Lion Safari with many exotic species.  It was here he first got his exposure to the noble camel, where a small herd of resident animals sparked his fascination with the “ships of the desert”.  After moving to Sydney for a short while he then found himself setting up veterinary practice in Tweed Heads, northern N.S.W., with his friend Dr Doug Cluer.  From this base he was able to keep up his interest in exotics through the nearby privately owned Coolangatta zoo, a reasonable population of local tourist operated camels coupled with some outback camel catching trips.

In  1986, with mounting interest in the upcoming Bicentennial Camel Race across Australia, he started to work with local and outback wild camels.  Dr Tinson needed to investigate the feasibility of the race and whether the camel’s physiology would allow it to cope with the distance. He was offered the challenge of head veterinarian and joint race director, so in March 1988 he headed outback for 5 months to supervise the world’s longest animal endurance race, 3,250 km from Ayres Rock to the eastern seaboard.

While working on the race, he was approached by well known horse trainer and movie director Heath Harris and offered the position to be part of an Australian team to set up a Camel Hospital and Research Centre for the Crown Prince of Abu Dhabi, H.H. Sheikh Khalifa bin Zayed al Nahyan.

Dr Tinson has been involved with many world first’s since moving to Abu Dhabi 25 yrs ago.  First there was the establishment of pioneering centres in exercise physiology and assisted reproduction.  The establishment of the Hilli Embryo Transfer Centre led to five world firsts in reproduction.  The world’s first successful embryo transfer calf birth in 1990, followed by frozen embryo transfer births in 1994, twin split calves in 1999, pre-sexed embryo births in 2001 and world’s first calf born from A.I. of frozen semen in 2013.   He has overseen the selection and importation of camels from Australia and Pakistan to  the  U.A.E. and  along  with  colleague Dr  Cluer established the first commercial  camel  safari tour operation  in  the  U.A.E. in 1992.  In more recent years Dr Tinson was promoted to Director of Laboratories and Research and project managed the expansion of the facilities to include new laboratories such as Drug Analytical Centre, Molecular Biology and Genetics, a new Exercise Physiology facility as well as purpose built Surgery and Diagnostic Centre.

Dr Tinson’s dedication to the camel led him to set up the HEF Foundation in 1997, dedicated to promoting interest and research in camels and highlighting the plight of certain endangered camel populations, such as the endangered Wild Bactrian camel of the Gobi Desert.  Work with HEF Foundation has led to numerous visits and consultancies to various parts of the work where camels are important.  The author has worked and lectured in India, Pakistan, Iran, Mongolia, Ladakh, Oman, Qatar, Kuwait, China, Australia and of course the U.A.E

He is author of a series of children’s books featuring, who else but a camel called “Harry” in Harry the lazy Camel as well as a 3 frame cartoon strip “Harry the Camel”.  He has authored numerous scientific articles, co-authored the book “Camels A Compendium” and appeared in a number of films featuring camels, “The Great Australian Camel Race”,  “Vets in the Sun” - Animal Planet and more recently the BBC series “Wild Arabia”.  He also received “The Distinguished Camel Scientist Award” in 2007 presented in Bikaner India at the 4th International Camel Conference.

He still lives in Al-Ain and is currently Director of Laboratories and Research as well as being Head Veterinarian at the Hilli Embryo Transfer and Surgical Centre. He recently co-authored the book “The Desert Vet” with David Hardacker, which details his life  and experiences with camels both in the emirates and elsewhere. 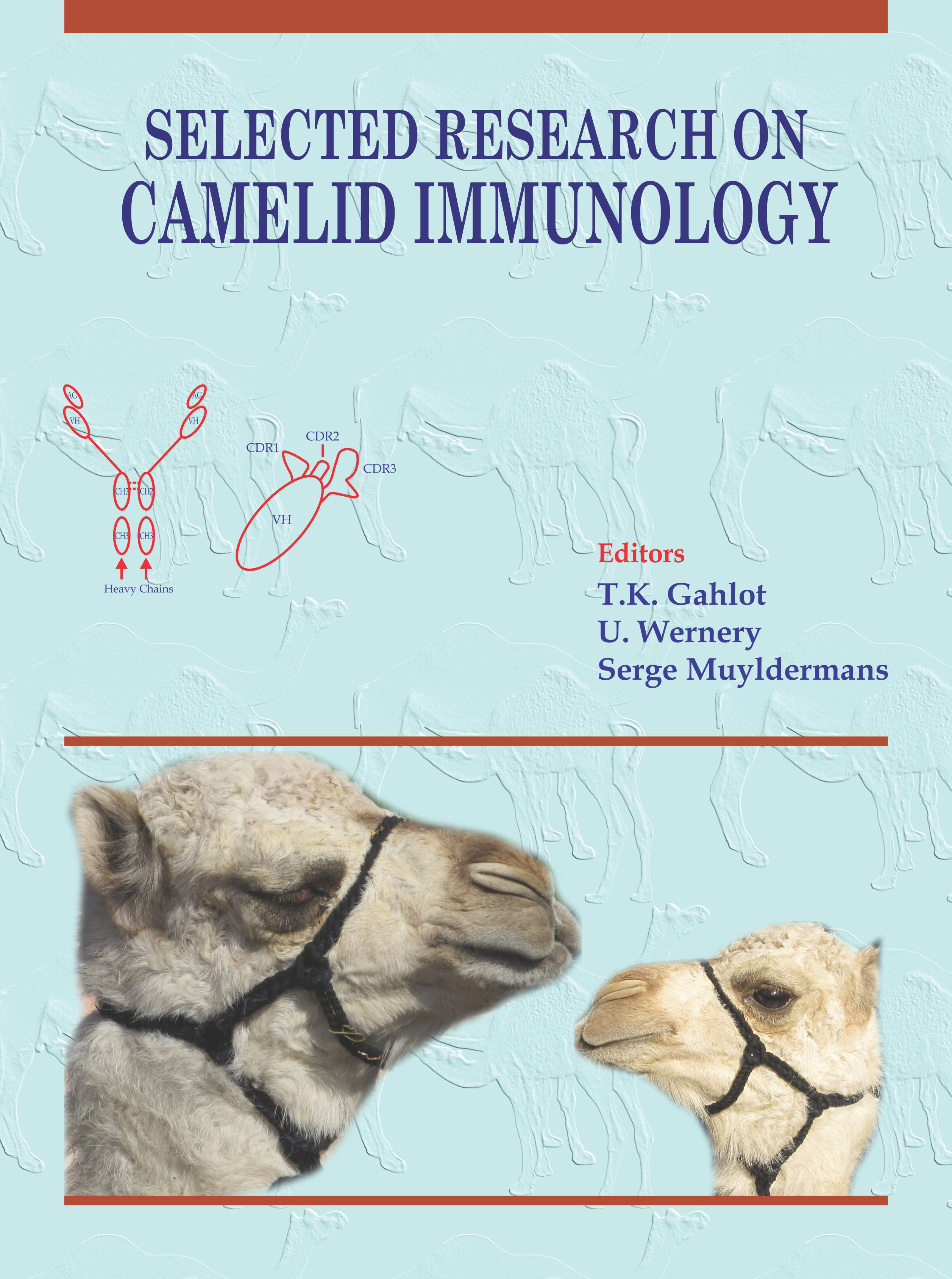 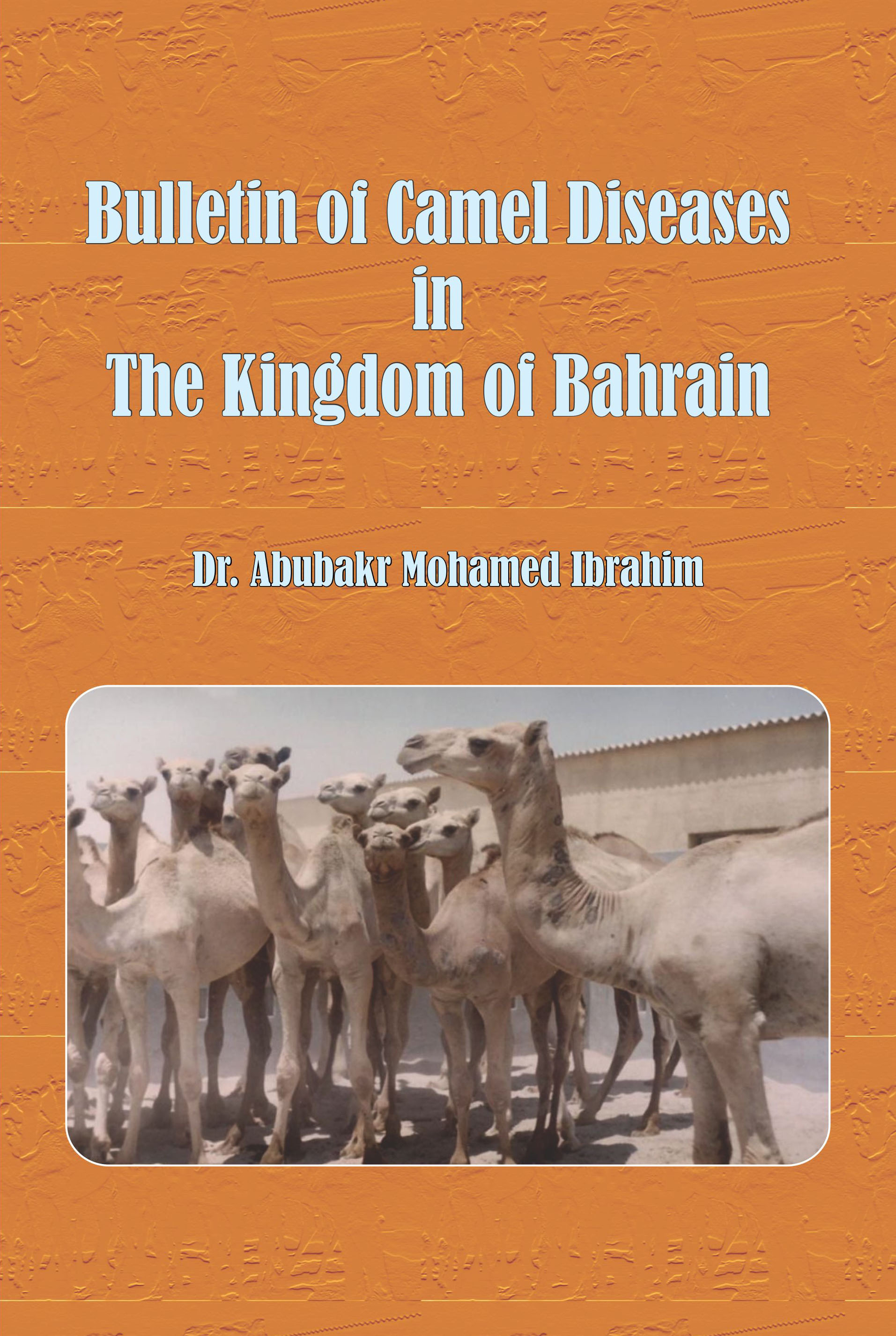 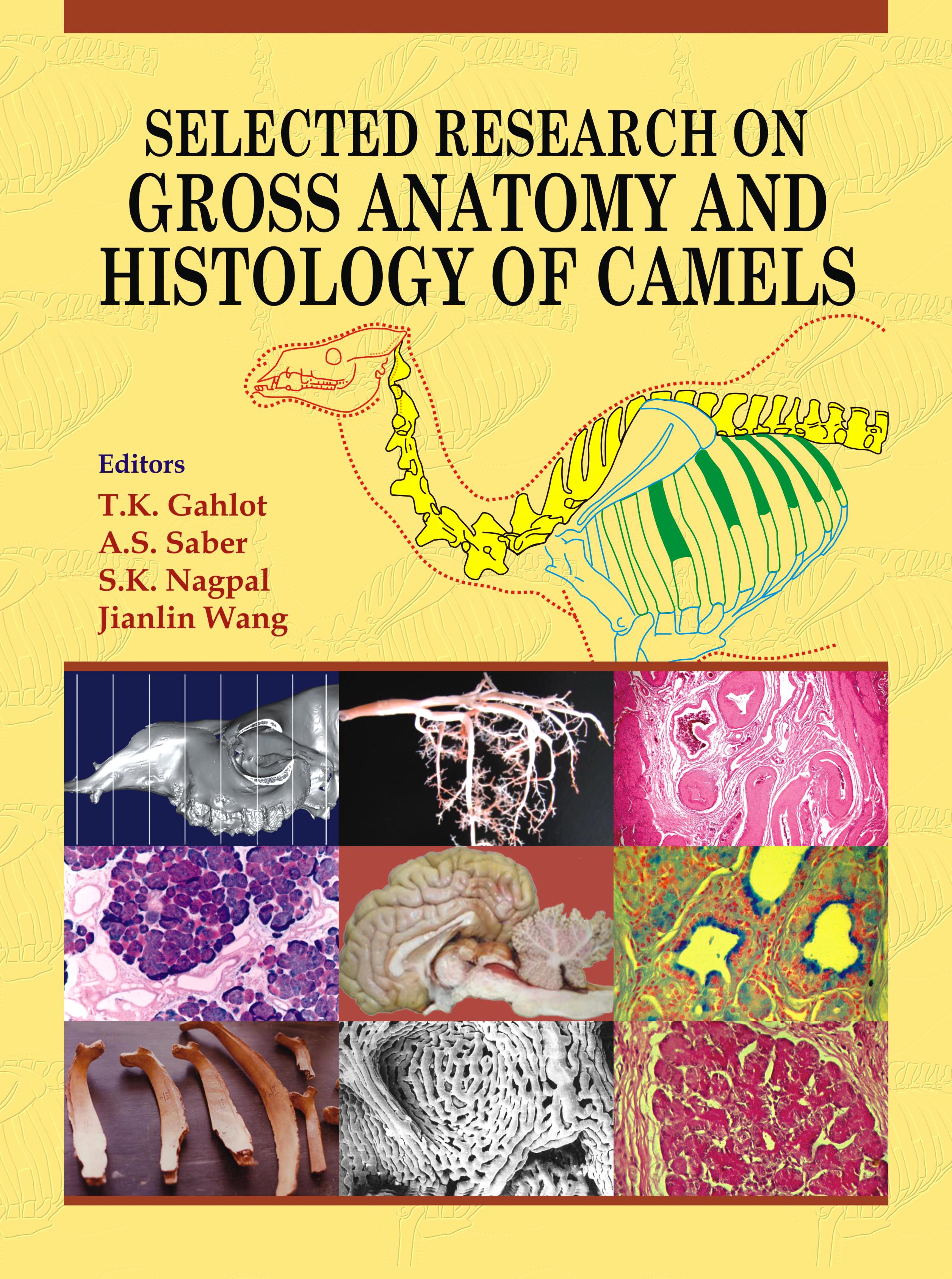 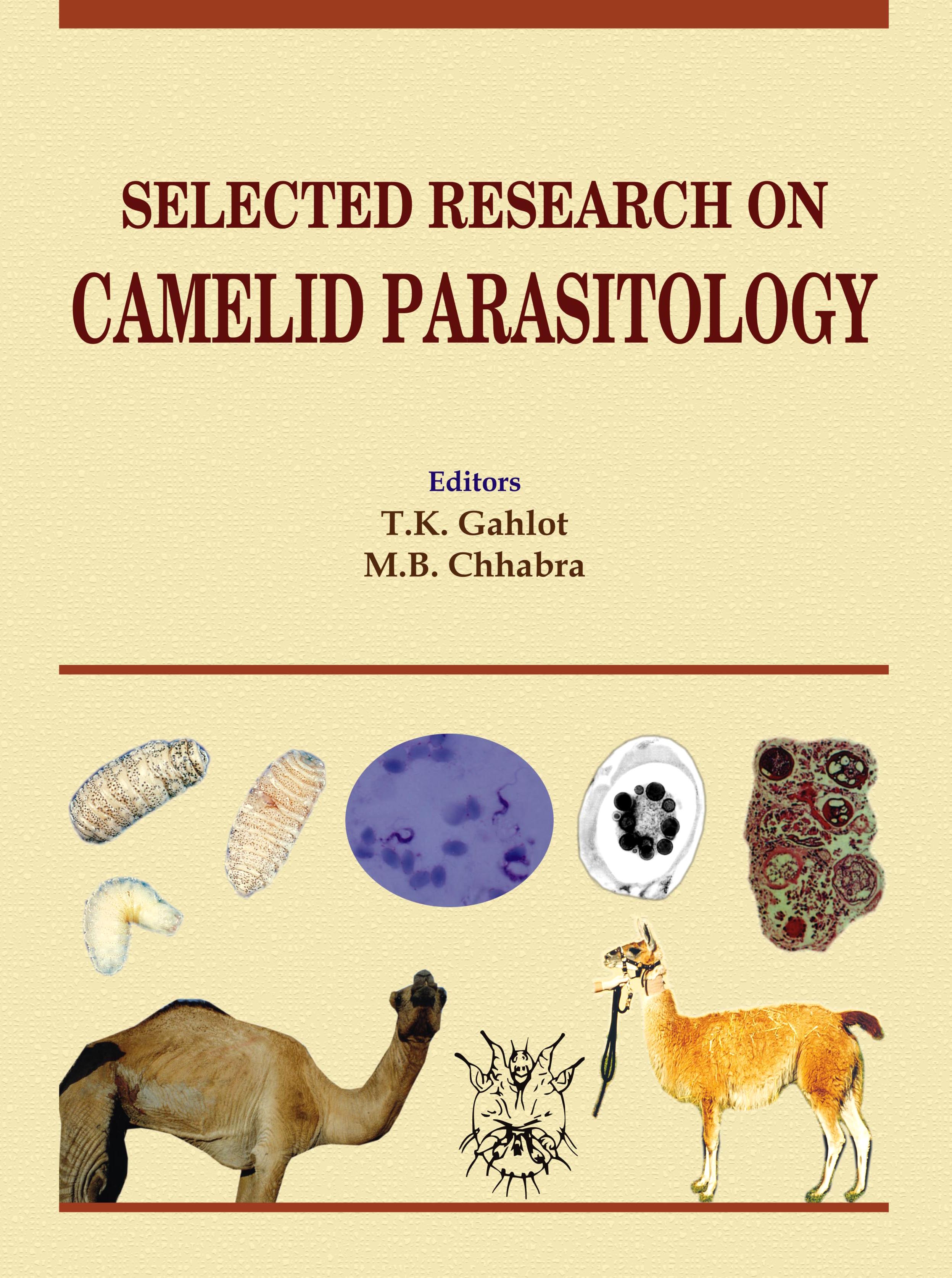 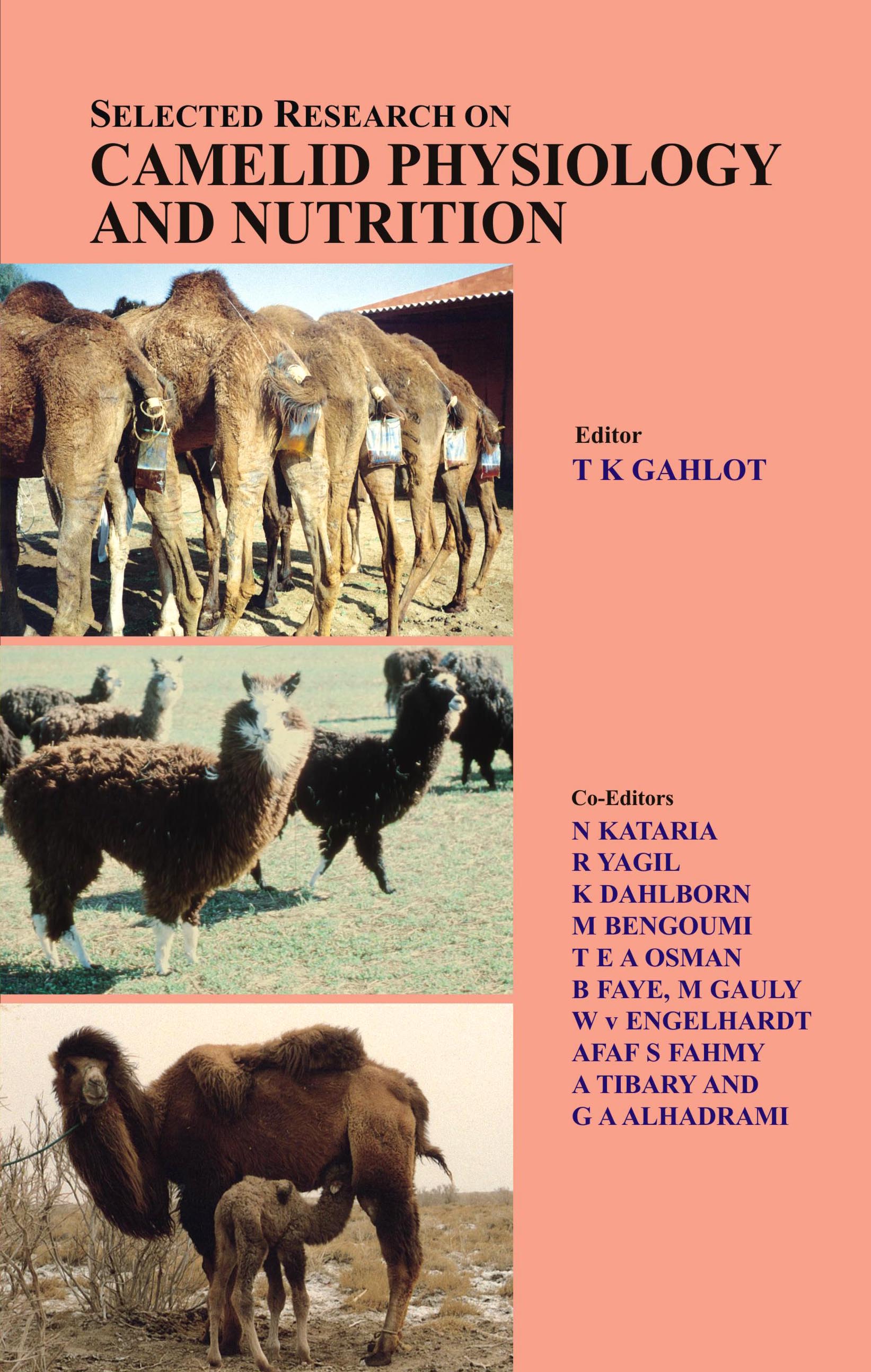